“IF YOU WANT TO BE GENUINELY KIND, YOU HAVE TO BE OF ACTUAL BENEFIT – NOBODY WANTS TO BE THE RECIPIENT OF “HELP” THAT ISN’T REALLY HELPFUL – AND YOU HAVE TO PROVIDE THAT BENEFIT IN A WAY THAT SHOWS RESPECT AND EMPATHY FOR THE OTHER PERSON’S NEEDS.”
THANISSARO BHIKKHU 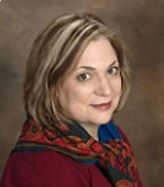 I practice Elder Law the way I do because of my father, the principal of a school for children with special needs. One of his favorite stories was about what he had learned from the father of one of his students. They had been talking about the boy’s great progress in my dad’s program: “That’s so good, Mr. G, my son acting so good in your school.  But at the end of the day, he comes home to my house.”
What dad meant was that professionals—teachers, doctors, politicians, and certainly lawyers— must never pretend that we alone can judge the effectiveness of the services we provide.  He taught me that to look at whether the people I served had actually benefited from the work I had done.

I have practiced law for over thirty-five years, first in New York and then in Washington. I was born and raised in New York. After graduating from Bryn Mawr and then Stanford Law School, I practiced complex corporate litigation at a large New York City law firm. I also represented a class of mentally ill individuals suing the Social Security Administration. It introduced me to governmental benefits, laws relating to mental illness, and how good it was to provide direct service to real people. I continued my education about mental illness, health records, and government regulation when I moved to a multi-national pharmaceutical company, but learned that defending big corporations was not a good fit.

When my husband and I were able to become parents by adopting our two daughters, I knew I had to find or develop something else. I needed a practice that would allow me to be active in my daughters’ daily lives, but could also show them—as my parents had shown me—how important it was to serve others. I started a practice representing children and adults in the family courts in two suburban counties in New York. Soon I became Legal Director of an educational advocacy agency.  When we moved to Washington in 2003, I quickly became a member of the Washington Bar and established a new practice working on special educations and special needs planning that then grew to include the other work I had done in New York in child protective and at-risk youth situations.

This is where my story veers off from that of a more traditional lawyer. From 2006-2008, I took a break from the law to take care of my 91-year-old dad after my mother’s death.  We all struggled with his increasing dementia and fragility.  During that time, I trained as a chaplain, completing a residency in clinical pastoral education at Harborview/University of Washington Medical Center, concentrating in mental health and end of life issues.  Working within the health care system both as my father’s advocate/caregiver and as a chaplain taught me how health care providers look at rehabilitation planning, discharge planning, and health insurance (private and public). It gave me hands-on experience of how families make complex decisions about health and finances.

When I returned to practice after that two-year sabbatical, it was time to include elder law as part of my practice and jumped into learning estate planning, guardianship, and the intricacies of Medicaid and Veterans Benefits. I fell in love with my clients, their families, and this area of law. It is now my full-time practice area.